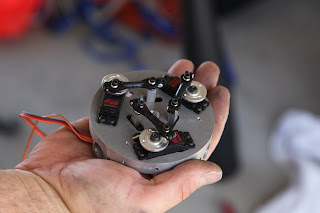 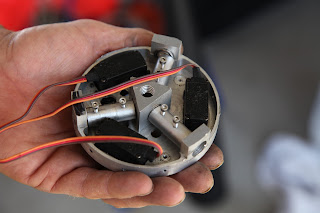 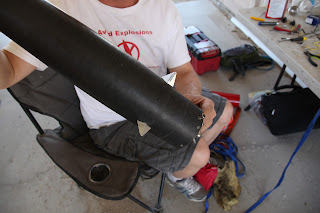 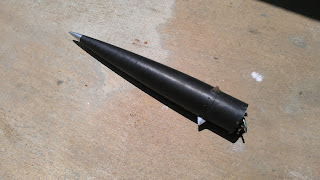 On the first flight I had the accelerometer sensitivity too high, but the roll sensitivity was fine.
In all hte following plots roll is red, and vertical acceleration is blue.  Flown with a CTI L800 blue 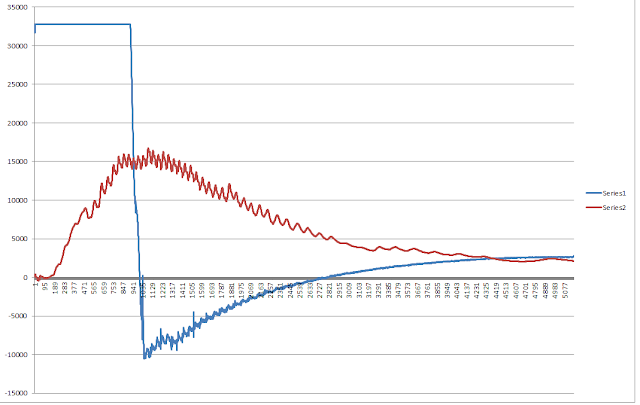 We had ever increasing roll as the flight progressed, no evidence of any control

So I changed the acceleration scale  and removed the fins, leaving everything else unchanged...
(Slightly differnt motor  CTI L820 Skidmark) 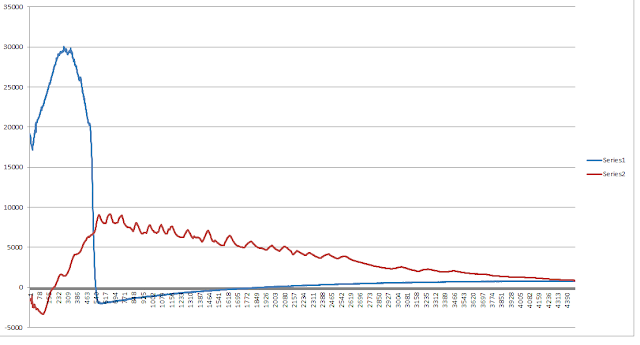 The roll was in the same direction and of lower magnitude than the controlled attempt....

Then I re flew with the fins attached and the mechanical throw increased about 50%.
Again with a CTI L820 Skidmark.) 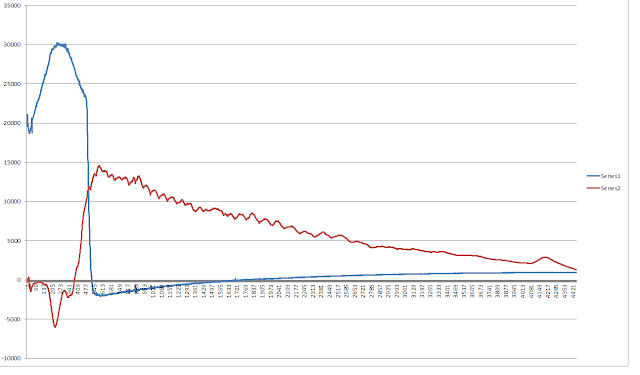 This flight almost looks like it worked, ad the roll was controlled during the early boost phase of the flight.
Either I have weird aerodynamics or I need a lot more control authority.
Its possible this last flight worked as designed until it got close to Mach 1 and saw shock wave issues.
The altimeter reported a maximum velocity of 1150 ft/sec or right near Mach 1.

Got to think about this one a bit more...