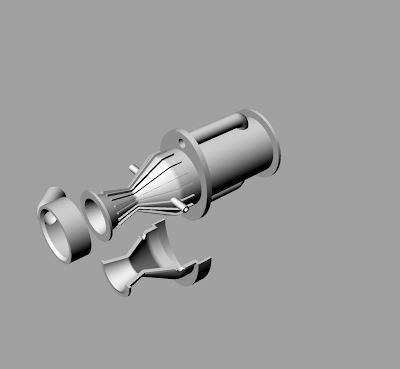 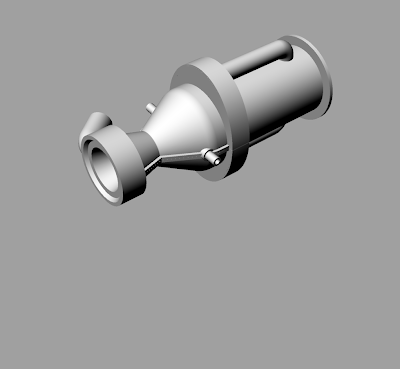 Three days in the desert.

The Friends of amateur rocketry is the site where we do most of our testing and flying.
It is both a registered non-profit and a largely volunteer organization. In the last year of our LLC I felt we had become more of a user than contributor to the organization. This week FAR had a three day work party and I spent three days on site. All in all we did a bunch of trenching and in the end buried over a mile of Ethernet and power cable. It was three days of very hard physical work with as much time spent using a shovel as any other implement.

A large part of our culture probably doesn't understand why we as a group chose to spend our personal vacation time waist deep in a trench operating a shovel in the hot sun. The Majority of the people on site (self included) could afford to spend vacation time sitting on a tropical beach with a frozen drink, and choose otherwise.

On Saturday we had an active flight waiver so I took a break and did some experimenting. I'm evaluating sensors for high G use in rockets. I modified the Nose cone of the Liberty 2 I built a month or so ago. 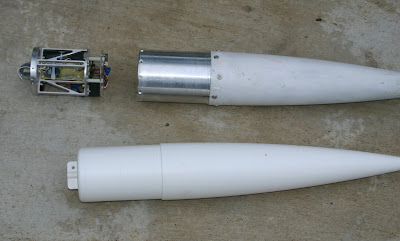 You can see the stock nose cone on the bottom and the modified one on top. The electronics bay slides into the aluminum sleeve and screws in around the base with 10 counter sunk #4 flat head screws. The GPS antenna is on top and sticks up just above the metal/plastic transition. I am using this to evaluate IMU, GPS and telemetry components. It has an analog devices ADIS16350 6 DOF imu and a Spark fun 9DOF IMU (I know its really 9 measurements not 9 dof) A low cost 10hz GPS and a 100Mw Xbee-900 telemetry radio with non-optimum antenna. (The antenna is the white wire sticking out of the base) and 2Gb of micro SD data logger. The goal was to launch it and see how the different sensors compared. Alas the GPS worked at home and never got lock in the field so I got one flight with dual IMU data and on the second flight I pinched a wire reassembling and only got data from one IMU.
I'll review and commend on the data collected later. The flights were around 4000 ft with 8 or so G off the pad and the system seemed to have no telemetry glitches. On the ground I used a simple rubber duck antenna. At this point the IMU data is just one hour of raw numbers, but I'll locate the flight in the data stream and reduce it to something useful in the next week or so.

The CTI pro54 solid HPR motors are really easy to use, the flights themselves were pretty uneventful.

When I flew the vehicle at plaster city I bought a tracker/beeper to help find it. I did not purchase a receiver as the club had one. I put the tracker on with a fresh battery when I flew at FAR thinking that if I could not find the rocket I could go find a tracking receiver and come back in the next week to locate it. On the first flight it did not land with the rocket, the deployment was about 4 seconds late and had some speed so I guess I did not tape it on well enough.
So if someone is a real glutton for punishment there might be a tracker at 220.470 (ch 247) beeping away somewhere in the desert south of FAR.

Lastly on the 25th of this month the local San Diego AIAA chapter is having an awards dinner and Unreasonable Rocket's LLC effort is getting an award,that's kind of cool.
Posted by Paul Breed at 6:33 PM 10 comments:

A bunch of Random thoughts... Business is picking up and if we can manage the many parts shortages I should be able to fill in the LLC $ hole I dug in 2009 and even do some modest development.

Toward that end I've been working on several things.
The four motors shown in the back of the rocket two blog posts ago are meant to be 3D printed with built in cooling passages. I had a plastic version I was showing at Space Access, the Metal version I ordered arrived today and it looks really good until you try to pass fluid through the cooling passages they are all plugged with sintered metal. Its a really pretty $400 paperweight.
I may have to build in a conventional way or change to a more expensive 3D printing process.
I used a supplier that uses the Prometal R1 and would really like to have the work done on a
EOSINT 270 M, but that process is about 5 or 6x as expensive.

Last weekend I went out to the San Diego Tripoli club launch and Joined Tripoli and successfully flew my Level 1 and Level 2 Qualification flights using the poorly painted Liberty 2 I discussed earlier. I'm in the process of building some test hardware to evaluate several lower cost IMU and GPS solutions that I will fly on the Liberty next FAR weekend (the 15th)

I'm working at doing some development work to lower the overall cost of things. One of the areas I'm working on is a lower cost IMU based on MEMs sensors. The Mems Sensors are getting much better and lower cost. The area I'm sort of stuck on is doing the drift bias correction stuff. The guys at www.diydrones.com have been working on IMU drift correction for aircraft and have generated some really good stuff. I just started a discussion topic over there that I hope will help me make some progress in extending some of this work to highly accelerated rockets. (http://diydrones.ning.com/forum/topics/rocket-imu-thoughts)
Posted by Paul Breed at 7:49 PM 9 comments: